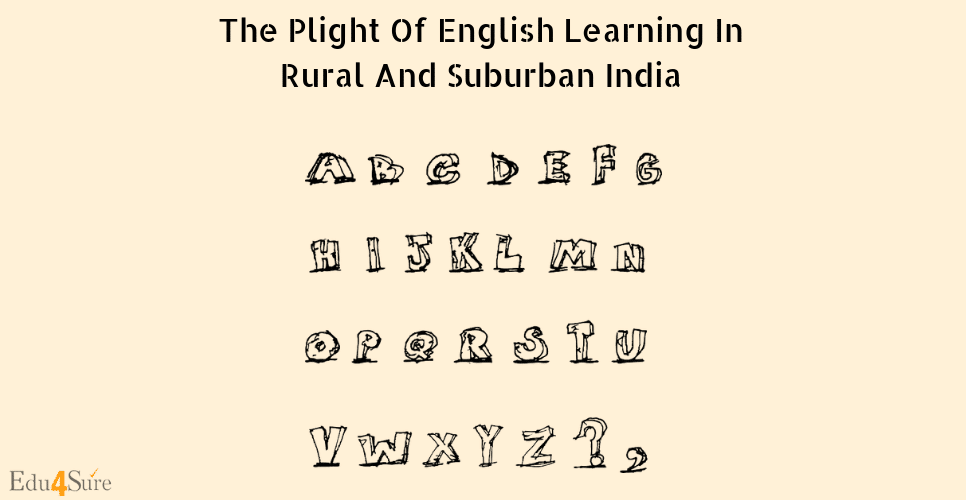 English and other Languages in India

India has a large number of spoken languages. 1652 to be precise. But out of these, we recognize only 16 as legally, socially and constitutionally. The constitution of India demands the local authorities to use the mother tongue as the medium of knowledge in schools.

Due to this, people use around 43 languages across the country as a medium of knowledge and instruction. After analyzing the situation of the rural and suburban India, concerning the teaching of English as a language. It is fair to say that the picture looks bleak and rather unfortunate.

It is true that languages are best taught and learned when young and the same applies to it English which is why the best way to pick up English is at school. But the so-called “English-Medium” method of education in small schools catering to the underprivileged children often leads to a hampered acquisition of English.

It even deprives the students of access to study material across other subjects. The students have no other options and since the students who end up enrolling in this self-proclaimed “English medium” schools end up with a heavy disadvantage. Since they are isolated from the language and its applications. Let us dive a little deeper into it now.

Children have very little access to English in rural India. Kids in the backward part of the country have little or no access to crucial methods of picking up English, like movies, television shows, music, unlike the kids in the urban areas.

The kids in the urban areas have well exposure to all of the above. Without this opportunity, the rural kids have little grasp of the English language. They learn it like a subject and not a language.

Unlike science and mathematics, prevailing English teaching techniques require a certain level of expertise and know-how. At the same time, they need a stronghold over the language as well.

Surprisingly, in every suburban and rural school, the English teachers are rather illiterate in terms of the language. Further, authority does not scrutinize the design of the prevailing course curriculum to the gaps in the local infrastructure levels.

These are the issues plaguing English in rural India: lack of skilled teachers, non-English speaking environment. The teachers who are only there for the sake of it mostly read out a lesson written in English in the classroom. They do so to wind the syllabus up without feeding even a small amount of relevant information to the students. As a result, they derive little to no value from these English classes.

The Teaching of English In Rural India

Teachers often use translation to force-feed the kids but impede their ability to learn the language fundamentally. They give the students homework daily. But this homework focuses on repeating whatever they have mugged up in the classroom, adding little to no value.

But things change drastically in the case of adults, they learn English to improve and enhance employability. Existing infrastructure and modern techniques are confined only to adults. Whereas the teachers teach the kids in an elementary school of rural and suburban areas. They use rote rhymes and stories without the opportunity to comprehend them.

An important question we are yet to ask is, why should we learn English? In the modern era, the knowledge of English surrounds the economic and cultural adjustability to a very high extent.

Thus the lack of English in rural India amplifies the lack of opportunities for advancing their careers. Since regional language prevails as the apex medium of conversation, these students sit for higher secondary examinations without the ability to read or comprehend.

How To Learn English Through The News?

Why One Should Learn English In School?